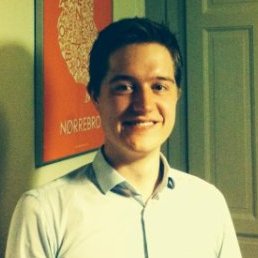 This year, Copenhagen is hosting the EuroScience Open Forum conference which Europe’s largest, general science meeting. The conference includes – among other things – a programme of seminars, workshops and debates about science and technology, a Science in the City programme to engage with the general public and different exhibitions and events to promote science.

I was lucky to get a free ticket from DTU, which enables me to participate in the seminars, workshops and events at the conference.

On my first day of the conference, I participated in two talks, one titled: “Neuroenhancement: a true unfolding of man” and one titled: “The billion-dollar big brain projects: where are we going with our brains?“. The first talked about the potentials and risks of enhancing the human brain in general, and the second gave an outline of the visions and progress of the Human Brain Project and the new BRAIN Initiative.

The Sensible DTU Project which I am a part of, has a booth in The House of Future Technologies. In this booth, we showcase our research on social networks, human mobility and large scale data analysis. Additionally, we have developed a mobile app for the Science in the City programme which besides holding information about the conference, contains a competition. To participate in the competition, one needs to sign up with Facebook, and we then track the number of steps taken by each participant. The more steps you take, the more vouchers you get for the final lottery where you can win iPads and Fitbit bracelets. The data generated by the competition is to be used in a scientific study of exercise-related habits and motivation.

I started out the morning by attending a panel-debate about the future of Massive Open Online Courses (MOOC’s) in higher education. The panelists were

It was pleasing to hear especially Patrick Aebischer express some very positive and ambitious goals and visions for the future of MOOC’s, both globally and in Europe.

One of the events around the launch party, was an ice-cream stand, where the free ice-cream was spiced up with proteins artificially grown in labs. I got an ice-cream with “meat” grown from the muscle tissue of the Dutch king, and Kristina got a very politically-incorrect panda ice-cream!

After lunch I participated in a session on how to teach engineering to kids. The session included a very inspiring talk from Ioannis N. Miaoulis, the President and Director of the Museum of Science in Boston. After his talk, the audience – in pairs – had to assemble a simple vacuum cleaner as a show-case of how to get engineering into the classroom.

Finally I participated in an extended session with the title: “Minding humans” together with one of my colleagues Camilla Birgitte Falk Jensen, which featured 4 very different talks on ranging from gender issues in research over art to social neuroscience.

One of the events at ESOF2014 was Picnic with the Prof, a chance for young researchers (as me) to meet and eat lunch with professors and professionals within science and research. I had the pleasure of eating lunch with Cédric Villani, a Fields medalist within partial differential equations and mathematical physics. Besides me and Cédric, the table featured a physicist from KU working on predicting the next ice age and 3 young researchers working with algebra, algebraic topology and topology (there was definitely a trend!). We talked about everything from millenium problems and Danish food to quantitative finance and the aftermath of winning a Fields medal.

After the lunch I attended a seminar titled “Should science always be open?” which featured 4 speakers each giving their personal angle on the questions. The seminar tackled both the publishing part of open access to research and questions about how to handle open access to data sets containing personal data. During the session, each table had a brainstorming session about the pros and cons of open access. Throughout the entire session, the speakers and their comments were drawn on a large sheet of paper.

Participating in ESOF2014 has been a great experience. The conference was definitely not a traditional scientific conference, but rather a chance to look at science from a higher perspective. I met a lot of interesting and fascinating people (at least 4 people asked for my business card), heard some great talks and got a chance to present my own research to a number of people.

As most researchers and students of technical degrees, I have used LaTeX for a long time. One of the newer LaTeX-related innovations is the possibility to use online editors to manage your LaTeX projects. Two of the most prominent sites for this are ShareLaTeX and writeLaTeX, which are very similar. Recently I was asked about the difference between the two after I had recommended ShareLaTeX which I was using myself, and had no luck finding a good overview of the differences between the two services. Consequently I have tried to compile a description of the differences.

There is no clear winner between the two services which are both really nice! The paid plans for writeLaTeX are a bit more affordable, and it gives a few more free features. There is a student discount plan for ShareLaTeX which makes the plans quite similar in price. Personally I like the interface in ShareLaTeX more, and the compiled pdf-files shown in the browser looks better in ShareLaTeX (you have the option to choose between different pdf-viewers).

If I have missed a feature or in general made any mistakes in my comparison, please write a comment and I will fix whatever mistakes I have made.